Turkish coffee is a familiar name for coffee lovers in Iran. Turkish coffee refers to the traditional method of brewing coffee, which is very popular among Iranians.

Brewing Turkish coffee with boiling coffee or milk is one of the easiest ways to brew and drink coffee.

As the name implies, this method of brewing originated in Turkey or the former Ottoman Empire; But the same method is given another name in other countries, such as Greece, and is also called Greek coffee or Armenian coffee. Using a boiling milk or boiling coffee that is placed on a gas flame is very simple and accessible.

Turkish coffee differs from other coffees such as espresso or French coffee in the coffee bean mill. Unlike other methods of brewing coffee, in Turkish coffee the coffee grinder is very fine and similar to flour. 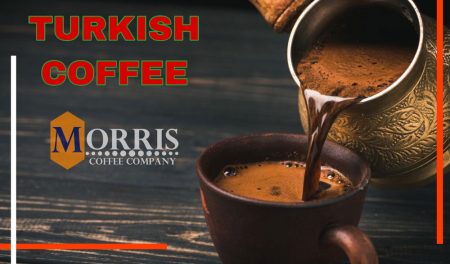 Turkish coffee, like other coffees, has numerous health benefits. On the other hand, due to the solubility of coffee in water and its concentration, it has higher caffeine, and this causes the properties of coffee in Turkish coffee to be more stimulated and more effective.

Turkish coffee, as mentioned, refers to a specific type of coffee grinder and its specific brewing method; But it is very important to pay attention to what kind of coffee is used in the composition of Turkish coffee beans.

100% Arabica Turkish coffee has a slight bitterness, but due to the combination of Arabica coffees, it is very tasty and fragrant and has less sediment or lord.

Arabica and Robusta coffee are excellent in Turkish coffee and have a higher concentration and caffeine in addition to the attractive aroma and taste.

Stirring coffee and water before heating, paying attention to the non-boiling of coffee and how to pour coffee from the brewing coffee into the cup, can give you a good foam.

Then put the boiling coffee on low heat.

The coffee gradually expands due to heating and boils towards the top of the coffee.

Be sure to remove the coffee from the heat and gently pour it into the coffee cup a minute before the coffee boils or to correct the tingling sensation.

After pouring the coffee, allow the coffee to settle for one to two minutes and then sip.

But in the meantime, you should pay attention to the date of production and grinding of Turkish coffee, because ground coffee quickly loses its flavor.

The existence of Turkish coffee houses in this country has become a social place in Turkey that traditionally brews coffee and is one of the attractions of this country.