the most popular drinks in the world, and drinking coffee has become a daily habit for many;

But in the meantime, the question arises that when is the best time to consume coffee during the day?

There are many biological and chemical factors in the human body

that determine the proper time to drink coffee.

Cortisol or stress hormone and alertness is one of these factors that should be considered. 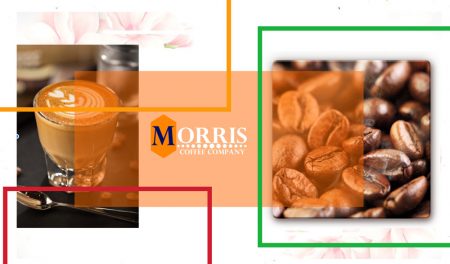 Cortisol is the most important factor in consciousness in the human body,

and in a normal body, when cortisol is at its highest level, the human body is fully conscious.

Naturally, cortisol levels are at their highest between 8 and 9 in the morning,

and it is not recommended to drink coffee at this time.

Because during the peak hours of cortisol,

caffeine consumption causes the body to resist it and coffee will not have a bad effect on your consciousness.

Knowing this, however, it can be said that the best time to consume coffee is between 9 and 11 o’clock or one hour after waking up at night,

when cortisol levels in the body are declining and caffeine can have the greatest effect on your body. Let.

What to eat after coffee

It is common for people to be allergic to the caffeine in coffee,

but they are more interested in coffee than in drinking it.

In this case, drinking a glass of water after coffee can reduce

the effects of caffeine and expel it from the body.

However, drinking coffee with milk and additives such as latte,

cappuccino, etc. can reduce the power of coffee and caffeine in it.

The best time to drink coffee to stay awake

Coffee has always been known as a factor in staying awake among students during exams,

but what is the mechanism of this staying awake?

Unlike cortisol, which is an act of consciousness; Adenosine causes drowsiness in the human body.

Adenosine causes a feeling of tiredness and drowsiness by sitting on its sensors and has a calming reaction. By consuming coffee;

The caffeine in coffee sits on adenosine sensors, disrupting its activity and creating a sense of alertness.

The effect of caffeine on the body lasts between 4 to 6 hours, according to this point,

drinking coffee to stay awake should be at this time to prevent the activity of adenosine and the body’s biological clock.

But if you do not want to drink coffee to make you sleepy, you should drink coffee before this hour to disturb your sleep.

The best time to drink coffee in bodybuilding

Today, coffee is recognized as a sports supplement in the diet of athletes.

and the ability to stimulate awakening, attention and concentration,

and these capabilities are very useful for focusing on sports movements and increasing athletic performance.

But when is the best time to drink coffee in bodybuilding and exercise?

Drinking coffee one hour before exercise increases concentration and fat burning in athletes,

and on the other hand, drinking coffee after exercise reduces muscle cramps and pain.

Therefore, drinking coffee before and after daily activities is the best time to consume coffee.

The best time to drink coffee for weight loss

In addition to all the properties and benefits of coffee for the body,

coffee is also used as a dietary supplement for weight loss in slimming diets.

According to a study conducted by the University of Granada in Spain,

coffee is known as a tool to maximize fat burning during exercise and weight loss.

Burning fat on the one hand and creating a feeling of

false satiety on both ends of the coffee spectrum are considered as a supplement to slimming diets.

The best time to consume coffee for weight loss,

according to the tips mentioned before exercise and sports activities for weight loss and before eating.

The best time to eat espresso coffee for weight loss

its very low calorie content and its degreasing properties;

But it should also be noted that espresso coffee used for

weight loss should not be consumed with additives and sweeteners such as sugar.

In addition to coffee drinks such as espresso for weight loss,

the use of ground green coffee in the weight loss diet is of particular importance.

Due to the lack of roasting of coffee, green coffee, which is ground very finely,

does not change the sugars and nutrients in it, and is one of the effective options for weight loss.

Consumption of green coffee is a slimming drink and the best time to consume it is before eating.